Client: Hankook Tire | Agency & Development: Cheil Nordic
No matter where you are in the world, there is a stereotype that women are bad drivers. This couldn't be further from the truth. In Sweden men accounts for 80% of all speeding and 75% of all fatal car accidents. In fact, the number of people getting killed in traffic is going up amongst men, and down for women. Based on this insight, we created a PR campaign challenging this old stereotype. We also managed to get a relatively unknown Korean tire brand known in Sweden.

Because of the varying seasons in Sweden, road conditions change dramatically. This means tire changing season is the most important marketing window for tire brands. The brief was to raise awareness of Hankook in Sweden. The challenge was that there were no new products to communicate, nor was there really any budget for advertising.
Strategy

Because no car is safer than how you drive it, the message for Hankook went beyond their products, price and tire performance. The strategy allowed us to connect the Hankook brand to something closer to people’s hearts: Safety. Instead of targeting the typical male audience, we decided to talk to anyone with a driver’s license, both men and women. This was achieved by primarily targeting national media and also press covering the automotive industry.
Execution

The campaign consisted of a press release supported by a film, a website and a sponsored radio show. The press release was sent out to numerous media and newspapers, and simply included a link to the film and a #drivelikeawoman-bumper sticker. In the style of “reacting to videos” the film showed people watching funny car clips, thinking that all the drivers were women. Suddenly there’s a car crash and the audience reacts when they realize the driver is a man. This scene is followed by statistics telling the truth about men and traffic. It all ends with a message: To stay safe this winter, let women take over the wheel OR start driving like a woman. We sponsored a popular radio show where people were invited to report others who needed to be reminded about road safety. The website contained the film and information/statistics about male driving and road safety.
Results 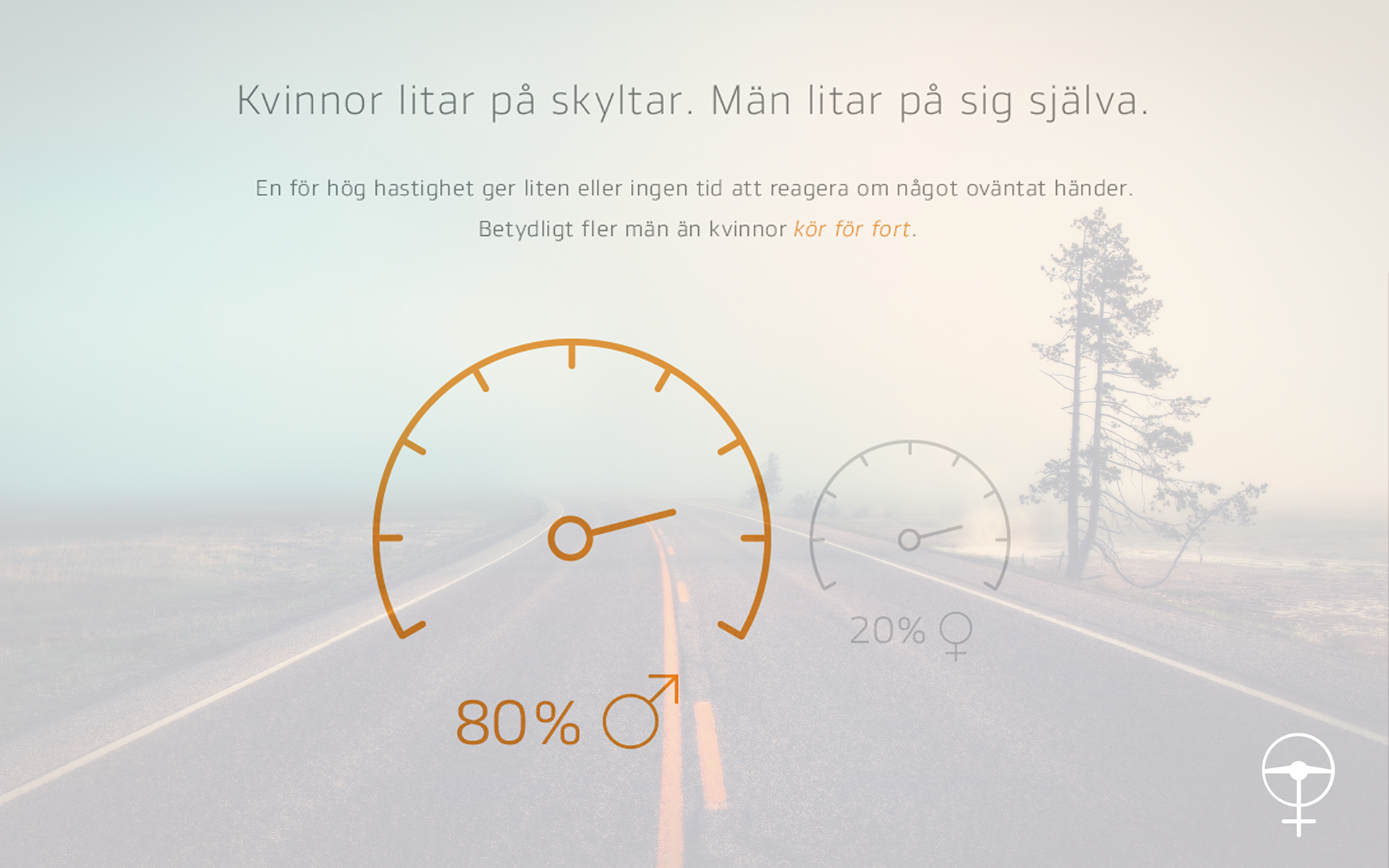 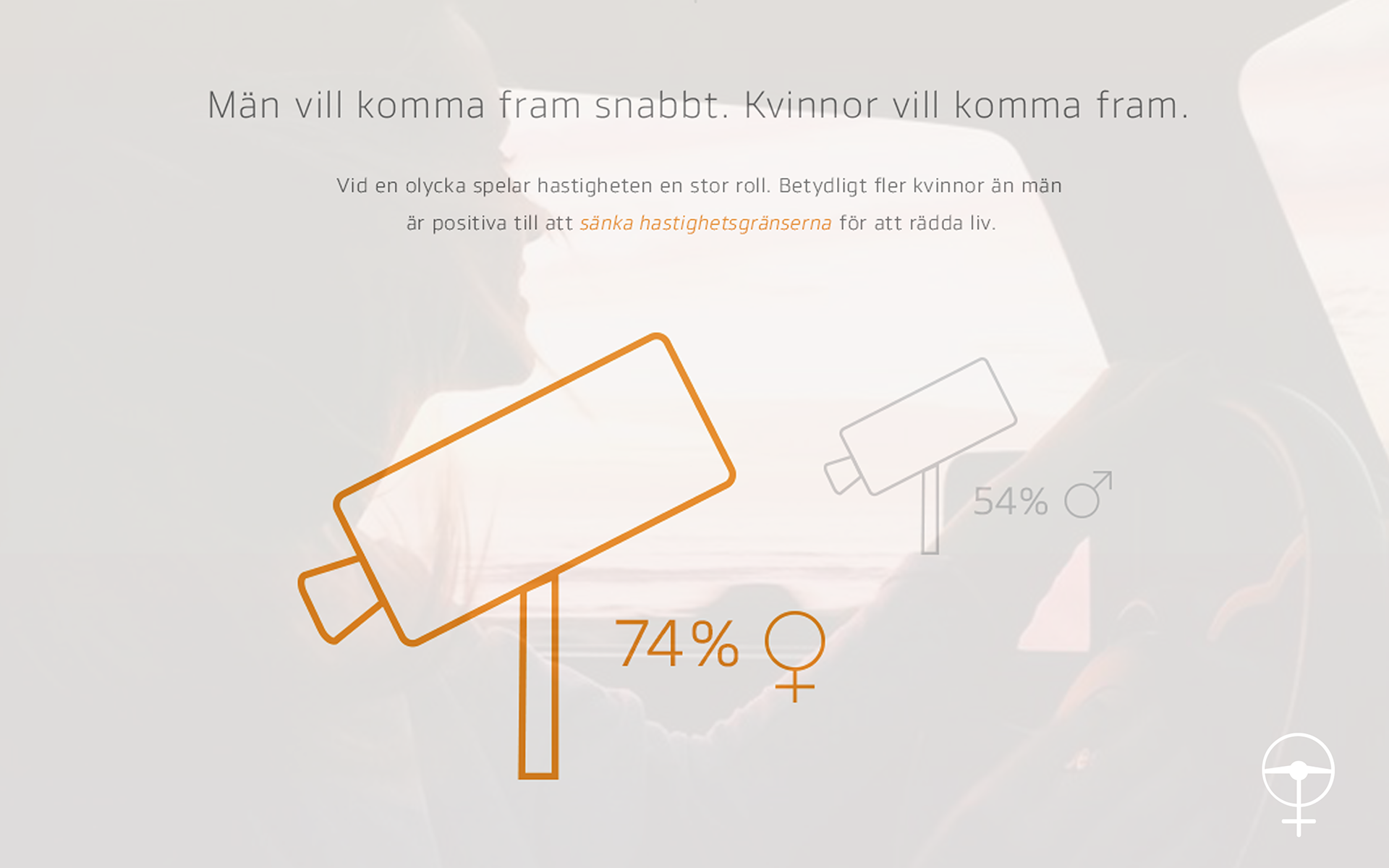 Statistics for the campaign site, illustrated by me 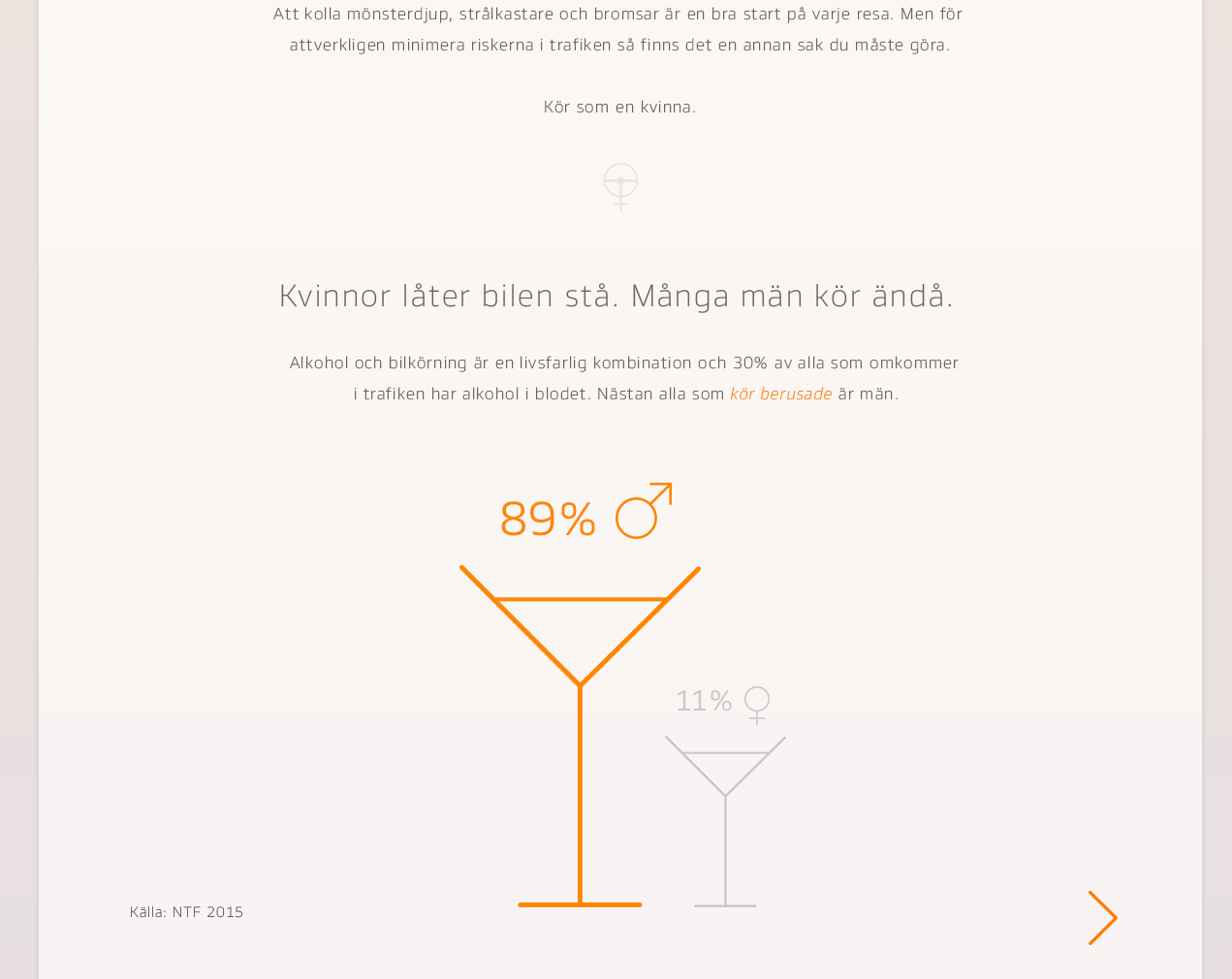 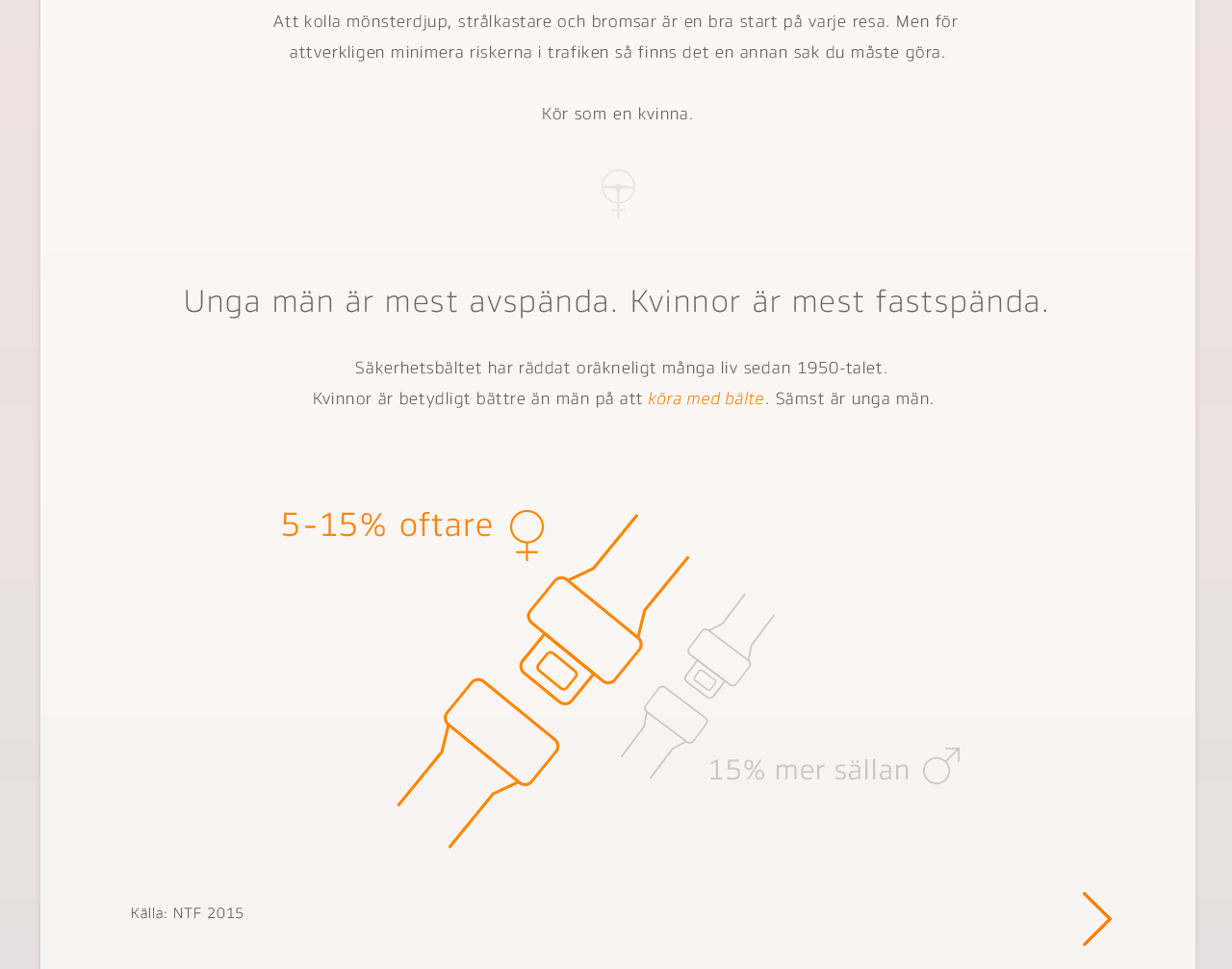 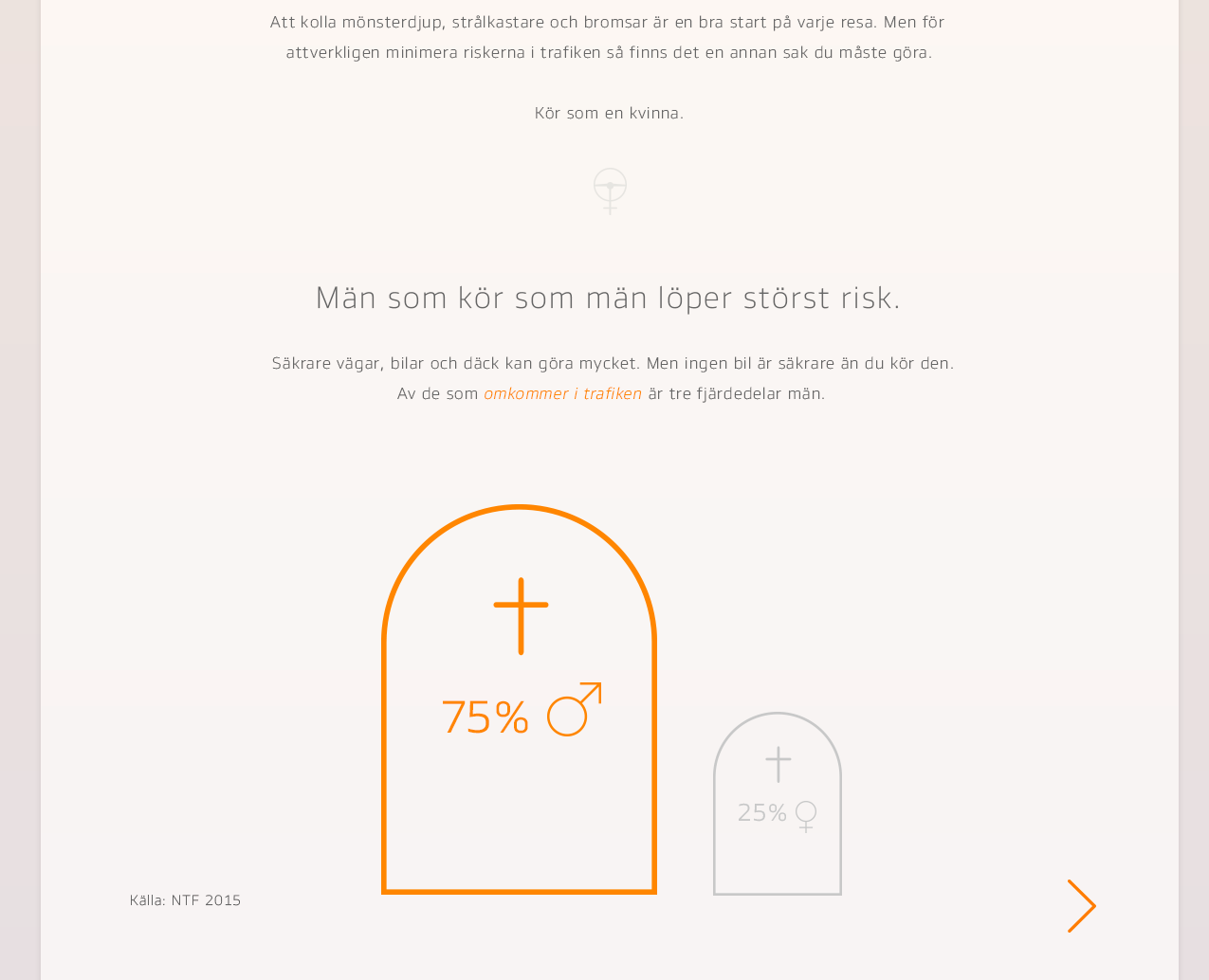 web design for kids
↑Back to Top